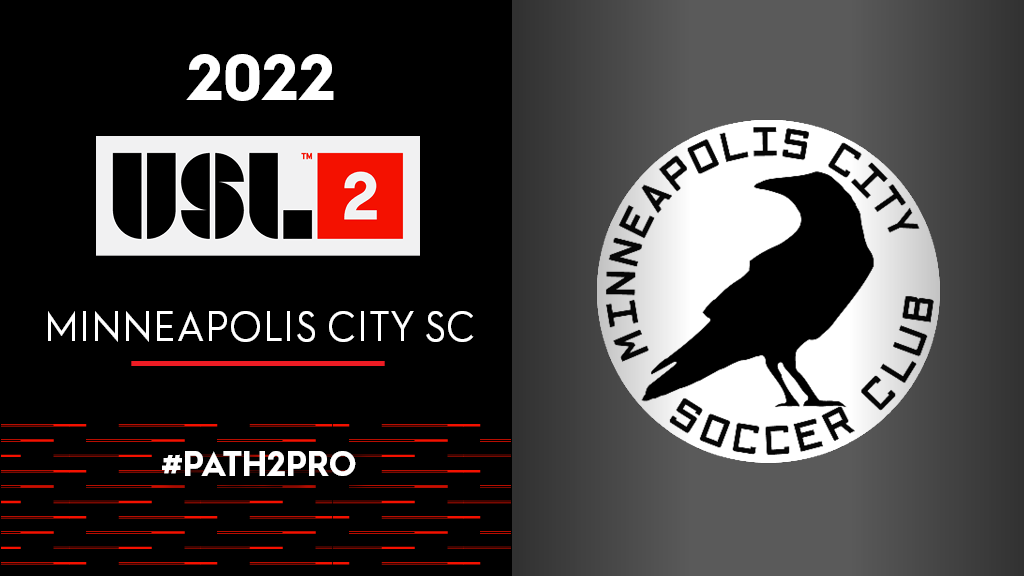 MINNEAPOLIS, Minn. - The United Soccer League (USL) today announced Minneapolis City SC as the latest club to join USL League Two. The Minnesota-based club will compete in the Heartland Division in 2022 and is the first club to join League Two out of Minnesota.

“The addition of our first club out of Minnesota speaks volumes about the growth of pre-professional soccer in the upper Midwest region,” said Joel Nash, Vice President of USL League Two. “We are excited to be adding a club of this caliber to the ranks of League Two and look forward to all of the great work they will do in bringing awareness to the pre-professional space through the club’s supporter-driven approach.”

Minneapolis City SC was founded in 2015 with the mission of providing local players and coaches a high-profile, high-performance environment to elevate their game. The club prides itself on its people-powered, supporter-driven approach to soccer and values working closely with groups, clubs, and other organizations to do good in the community.

The self-proclaimed “People’s Club” is a 501c3 non-profit “built by real people in the community for real people in the community”. Through it’s homegrown player development model, Minneapolis City SC has been an exemplary representation of supporting the growth of local players and helping those players reach the next steps of their careers both on and off the pitch.

"USL League Two is everything we want: top clubs, a proven pathway to the pros, and professional leadership," said Dan Hoedeman, co-founder of Minneapolis City SC. "It's the perfect next step for our club as we continue to grow. Our fans and players want the club to compete at the highest level we can and we're excited to make the step up to USL League Two and really challenge ourselves."

In joining League Two, Minneapolis City SC will offer a proven pathway to professional soccer for its players, both those at the elite collegiate level and the top academy-age players in the greater Minneapolis area. On top of the valuable experience of playing in the nation’s most competitive pre-professional environment, League Two also provides growth opportunities for its coaches, executives and communities.

“We’re tireless,” said Technical Director Adam Pribyl. "Since our foundation, we have continued to seek the best environment for our players. USL gives us the platform to continue that growth, all in service of our mission and values. USL League Two is the best place for top young players to elevate their game and showcase Minnesota talent."