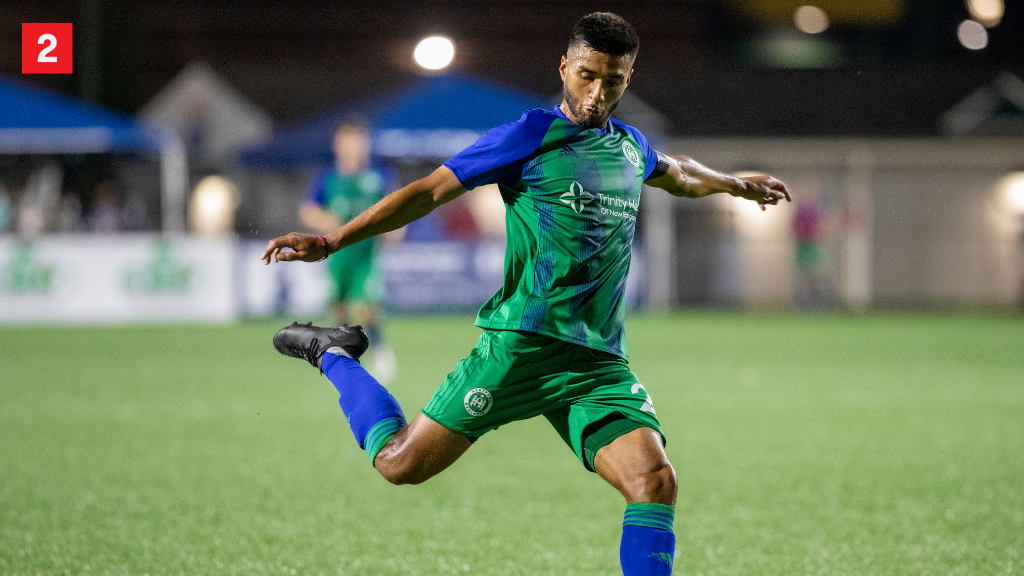 HARTFORD, Conn. - The USL Championship’s Hartford Athletic stepped onto the pitch for the 2021 season proving that the USL League Two’s Path2Pro model has paid off with 13 League Two alumni making up more than half of Hartford’s 21 man roster. Among those 13 names are League Two standouts Danny Barrera (Ventura County Fusion), Luka Prpa (Chicago FC United & OKC Energy U23) and Arthur Rogers (Corpus Christi FC), who have all managed to notch a goal for Hartford in the three matches the club has competed in so far in the 2021 season.

USL League Two’s Path2Pro model has converted over 700 pre-professional players into active professionals. In working to create a successful development pathway for its players, League Two has worked closely alongside the USL’s Senior Teams to align its regular season schedule with that of the Senior Team seasons in hopes of creating more synergy between the properties for ease of transition to the professional ranks.

For Hartford Athletic specifically, the club’s philosophy is rooted in building its roster with young players who have the potential to perform in the USL and to be developed to reach the next level of the game, domestically or internationally. In looking at the club’s philosophy, USL League Two presents the perfect opportunity for Championship clubs to pull players from a fruitful source of young talents that the clubs can monitor over the years and eventually work to integrate these players into professional play.

“We have worked very hard to create a true path to pro here in Hartford and finding talent in USL League Two is an important step in the pathway,” said Bruce Mandell, Owner and Chairman of Hartford Athletic. “The league is rich with talented young soccer players who are hungry for an opportunity to turn pro. Scouring the League Two ranks is an important part of our club's player acquisition strategy and something we will continue to focus on as our scouting department grows.”

The Path2Pro model is only one aspect of the development pillar of the USL and now with the addition of USL Academy League, youth players who are prepared to move up in the ranks can now start an earlier transition to the pros and challenge their development in an environment that is more competitive while keeping their college eligibility. The USL’s mission of youth development has created many opportunities for players to be integrated into professional environments at a younger age making the ease of transition even more attainable for the USL’s Senior Teams.

“USL League One and USL League Two young talents tend to have easier adaptation to the Championship environment due to the natural transition in competition and structure,” said Luiz Silva, Technical Director of Hartford Athletic. “USL Championship being the next step in the USL ranks brings an enhanced desire for players to succeed in the league to prove themselves and continue to grow. The key for Hartford is to match the players’ current performance, development status and characteristics to what the club is looking for in that particular moment and in the near future. There are many talented young players in the USL and we continue to monitor them every year.”

In continuing to find more ways to align League Two’s competition structure and training environments with that of the USL Senior Teams, the league hopes to continue to create opportunities for pre-professional players to go pro.

To see a full list of League Two alumni who are currently playing in the professional ranks, visit www.uslleaguetwo.com/path2pro.