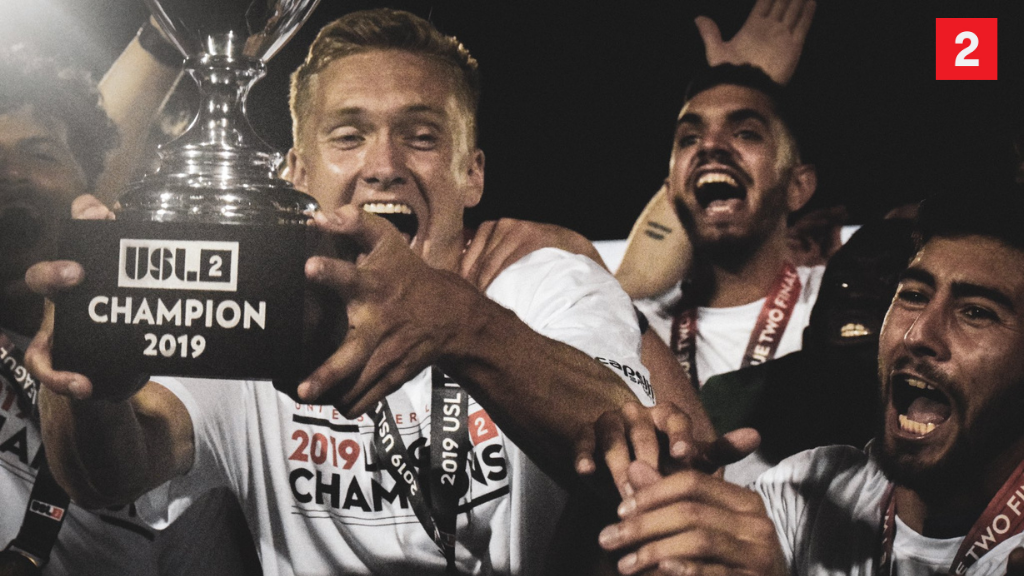 The 2021 USL League Two season is set to kick off on May 5 with a match in the Mid Atlantic between Philadelphia Lone Star and West Chester United SC, and a Southeast Division clash between FC Miami City and Weston FC. As 11 clubs prepare to duke it out in Week 1 of Path2Pro play, here are a few key points to consider ahead of season kick off.

League Two Returns After 21 Months Off the Pitch

August 3, 2019. On this date, just over 21 months ago, the Flint City Bucks took home the 2019 USL League Two title in a 1-0 win over Reading United AC. This same day marks the last time fans saw Path2Pro action out on the pitch. Now, after a long 640 days away, the League Two family is finally returning to the field.

The first two League Two clubs to get in on the action are local rivals Philadelphia Lone Star and West Chester United SC, who will play at West Chester’s home at Kildare Turf Field (May 5 | 2 p.m. ET). Later that night, we will see FC Miami City take on Weston FC as they visit Weston’s home turf (May 5 | 7 p.m. ET). The rest of the week will feature matches between North Carolina Fusion U23 and Tobacco Road FC (May 7 | 7 p.m. ET), Philadelphia Lone Star and Northern Virginia FC (May 8 | 7 p.m. ET), Fort Wayne FC and Oakland County FC (May 9 | 5 p.m. ET) and finally Morris Elite SC and FC Motown (May 9 | 7 p.m. ET).

Visit our newly created Match Center to view game details for each League Two match for the 2021 season.

Six New Teams Begin the Path2Pro Journey in Week One

Between the last time a USL League Two ball was kicked and now, 26 new clubs joined the ranks of the Path2Pro family. Among those 26, six clubs will begin their Path2Pro journey in Week 1 as they step onto the pitch for the first time as League Two clubs. Those new clubs include FC Motown, Morris Elite SC, Oakland County FC, Fort Wayne FC and Philadelphia Lone Star. The first game of the week will feature two new Path2Pro clubs out of the Mid Atlantic Division and allow for these teams to get a taste of what League Two has to offer its players and coaches.

It just wouldn’t be a complete USL League Two season without the inclusion of some local rivalries and Week 1 is coming out of the gate hot presenting League Two fans with four elite matchups.

The local rivalries kick off on day one with Philly Lone Star taking on its neighbor to the west, West Chester United SC. On Friday night, fans should look forward to a larger Miami area mashup between FC Miami City and Weston FC. Finally, on the back end of Week 1, the fans will see a South Atlantic Division battle unfold between North Carolina Fusion U23 and Tobacco Road FC, and a final all-New Jersey feud between FC Motown and Morris Elite SC.

As the coming weeks unfold, the rivalries will only get stronger and we expect to see the supporter groups ready to fight it out for their respective clubs. However, the ultimate rivalries will be determined in the 2021 League Two Playoff rounds with more details to come in the following weeks regarding Playoff structure.

With 75 clubs participating, the 2021 season promises to present a top-notch level of competition as clubs compete to raise the League Two trophy in late July. The 2021 season will also challenge the Flint City Bucks, Reading United AC and Tormenta FC 2 to defend their 2019 conference titles against both new and familiar rivals.

The only question that remains ahead of Week 1 is, who will be the reigning champion of the 2021 USL League Two season?