McCann Climbs Toward a Coaching Career in the USL Championship 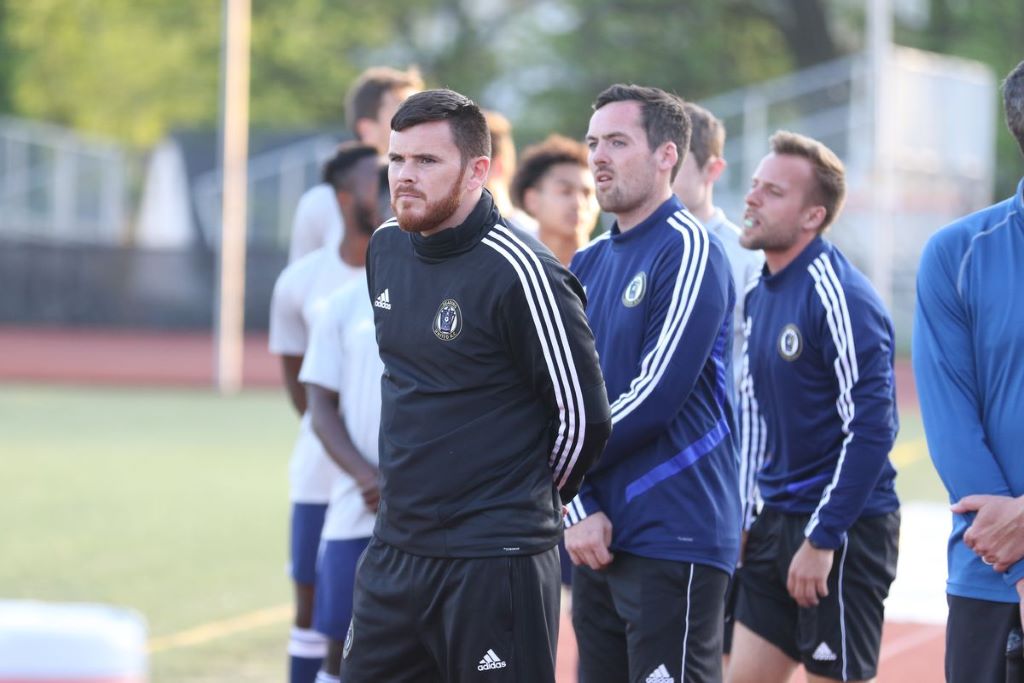 Colorado Springs, Colo. - Two-time League Two Coach of the Year Alan McCann has been named as a part of USL Championship’s Colorado Springs Switchbacks FC’s technical staff serving as the Performance and Technical Analyst for the 2021 season, the club announced last week. This appointment will mark McCann’s debut coaching moment in the USL Championship, which serves as a nod to the overall growth structure for coaches within the United Soccer League.

McCann will split his time during the 2021 season between Switchbacks FC and his head coaching role with USL League Two’s Ocean City Nor'easters. McCann joined the Nor'easters this year after two years as the Assistant Coach and two years as the Head Coach at Reading United AC. As head coach, McCann led his squad to a 28-3-5 overall record and back-to-back division and conference titles while reaching the USL League Two title game in both seasons.

McCann’s jump to the USL Championship is a testament to the overall development platform coming out of the United Soccer League. Not only does the league pride itself on developing players and finding opportunities for players to make their professional debut, it also provides pathways for coaches to do the same.

“Being in at the USL League Two level is definitely a platform in which players can showcase themselves and earn opportunities at the next level but it can be the same for coaches,” said Alan McCann. “For me, this is most definitely the case."

In joining Switchbacks FC for the 2021 season, McCann will work in tandem with Head Coach Brendan Burke, who also coached in League Two for Reading United AC.

“When the time came for us to build out our staff here, the decision to leave Alan in an active head coaching role at the USL League Two level, but expand his responsibilities to include Championship opponent scouting and team performance analysis for the Switchbacks seemed like a logical next step in growing his experience and familiarity with the next level while allowing him to continue to stay sharp in a leadership role on the field,” said Brendan Burke. “It also keeps our college scouting network that we have played a big role in collectively for the last 12 years in Reading intact and active via Ocean City as we transition into the Switchbacks.”

The blended exposure of coaching in both League Two as well as Championship allows McCann to advance his career in coaching on a number of fronts. Not only does this type of exposure allow McCann to experience the rigor of coaching in a professional capacity, it also provides him with a wide net in regards to information gathering and scouting efforts.

"Being in an environment that creates more learning opportunities, growth, and more chances to be challenged is something I always want to be in, so that is there in abundance with the staff Brendan has put together and the vision the club has for now and the future,” said McCann.

The USL Championship season is set to kick off in early May.