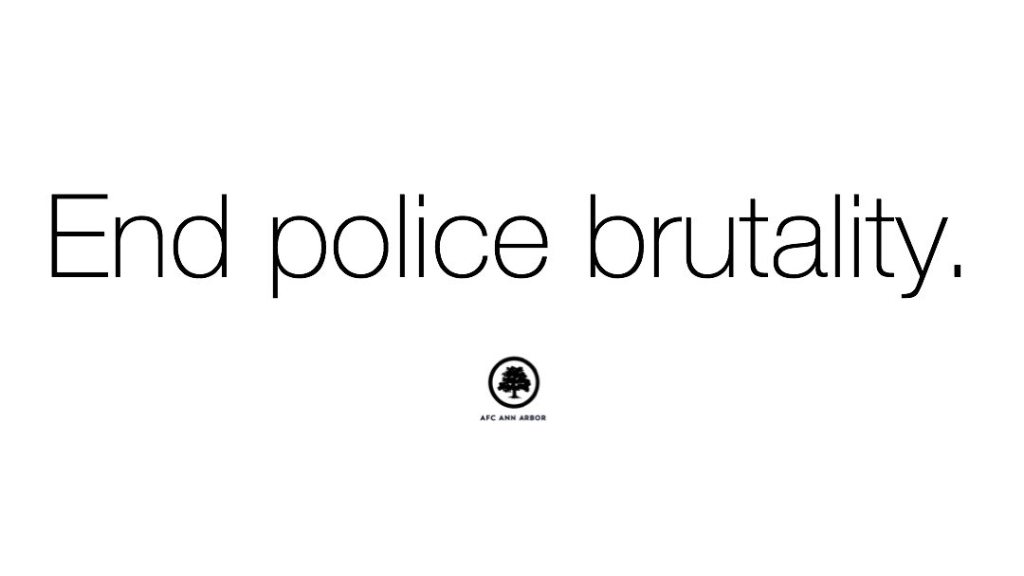 ANN ARBOR, Mich. – The post to Twitter last Sunday night by AFC Ann Arbor was direct and to the point.

For the club’s CEO Bilal Saeed, the post – which called for an end to police brutality and equal human rights – there could be no other way to express it.

“For me, as chairman of the club, I felt confident that I was speaking for the entire ownership group,” Saeed told The Athletic this week. “I connected with a couple of the other owners just to make sure I didn’t miss anything, honestly. And it was out in a few minutes.”

Five days later, however, it stands as one of the few examples of a direct call to action expressed by clubs across the United States, something that is disconcerting to Saeed.

Also disconcerting to him has been the attempt to divert the conversation in some areas away from that discussing the impact of systemic racism in the United States to other topics, especially that of the manner of the protests themselves.

“We’ve gotten to a point where people are now debating whether there should be protests, riots, asking if violence is OK – it’s absolute ignorance to our country’s history,” Saeed told The Athletic. “In the ‘60s, what Black Americans had to go through to get basic human rights that really weren’t even met – to bring us to a point where it’s now cyclical, they have to do this. It’s painful. If I’m feeling this way, imagine how the brothers and sisters in the Black community feel?”

Those types of conversations have also brought blowback to Ann Arbor’s statement, with the club taking criticism online for the decision to take a stand.

Saeed has a simple retort.

“To those people, I say: find another club.”