Oregon club will compete in the Northwest Division in 2020 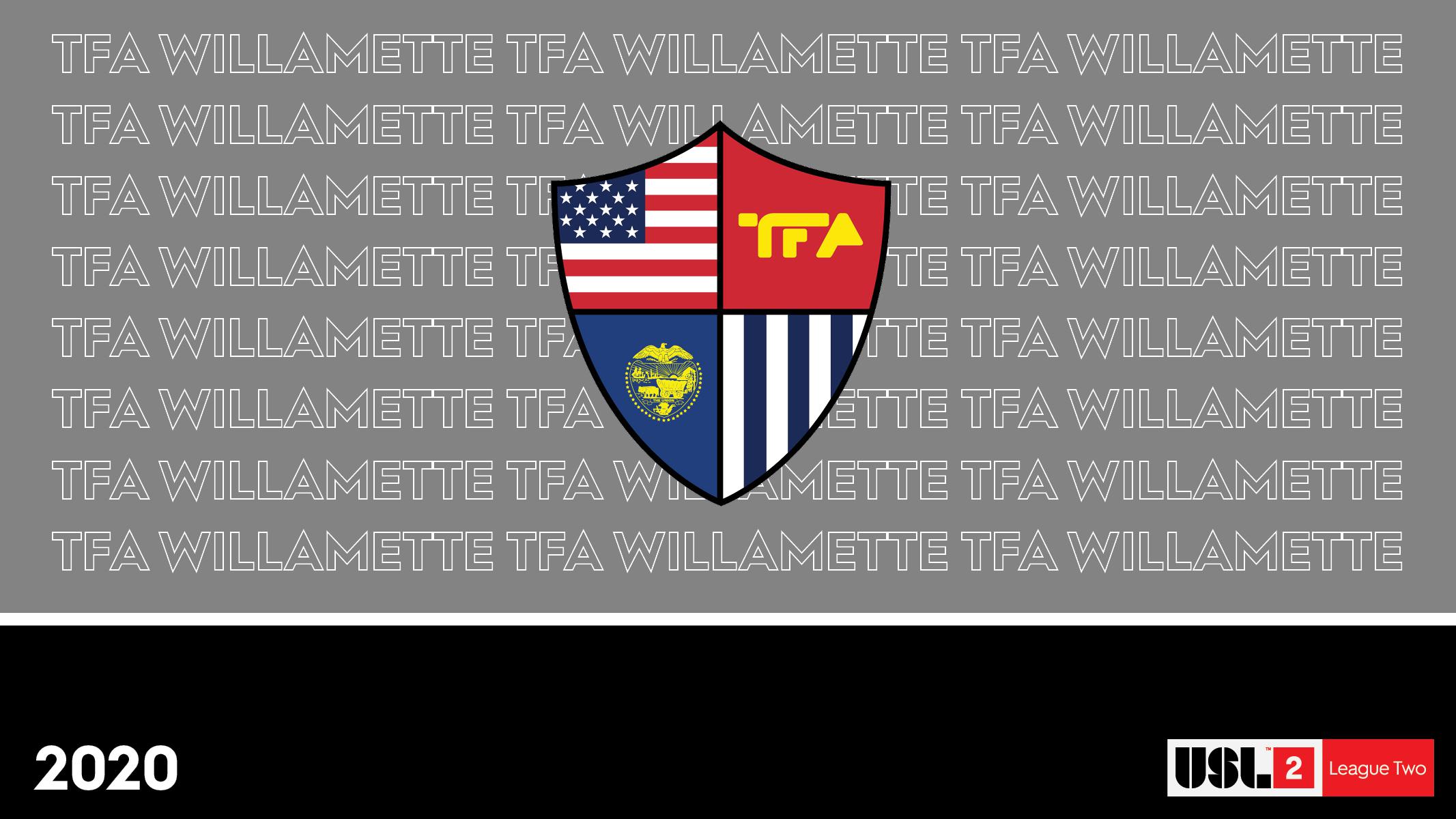 Based in Albany, Oregon, TFA Willamette promotes and enhances high-level youth soccer in Linn, Benton, and Marion counties. With players ranging from the U5 to the U23 age levels, the League Two side will complete the club’s youth development pathway. The TFA Willamette U23 team competed against current League Two teams Lane United and Portland Timbers U23 in friendlies prior to the 2019 League Two season.

The club’s integrated model uses standardized curriculums, coaching methodologies, and a style of play that emphasizes purposeful possession called, “total fútbol.” The consistency in values on and off the field helps players progress in a structured environment from the youth levels to the senior team.

“TFA Willamette prides itself on creating the best possible environment for player development in Oregon’s Willamette Valley, and the number of players we have pushed on to the college ranks over the last several years is evidence of that,” said TFA Willamette Director of Coaching Logan Hoffman. “League Two is the premier pro development league in North America, and we are excited by the new opportunities being a member of the league provides our players for further growth.”

In joining League Two, TFA Willamette will offer a proven pathway to professional soccer for its players, both those at the elite collegiate level and the top academy-age players from the region. On top of the valuable experience of playing in the nation’s most competitive pre-professional environment, League Two also provides growth opportunities for its coaches, executives and communities.

Learn more by following @tfawillametteu23 on social media, or visit the club’s website tfawillamette.com for the latest updates.

About USL League Two
A part of United Soccer Leagues, LLC, which also operates the USL Championship, USL League One, Super Y League and the new USL Academy, USL League Two is the top pre-professional soccer league in North America, offering a summer platform for aspiring professionals across the United States and Canada. League Two is the defined and proven pathway for players to progress to the ranks of professional soccer, while its clubs become fixtures in the communities where they operate. More than 70 percent of all MLS SuperDraft selections since 2010 have League Two experience, including 66 alumni chosen in 2018 and 61 in 2019. Werder Bremen’s Josh Sargent, Newcastle United’s DeAndre Yedlin, and Atlanta United’s Brad Guzan are among the many U.S. National Team players to have competed in USL League Two before making their professional debuts.